“From Settlement to Nomadism” (2015-2016) was commissioned by Paris-based non profit La Plage as a solo presentation for Material Art Fair in Mexico City.

Three recurring unnamed nonhuman entities, materialized as abstract 3D renders, loom across the work, comprised of a script, three sound compositions, and a single-channel video. Focusing on strategies of escapism and autonomy by means of time stretching, deceleration, and reversal, “From Settlement to Nomadism”  is a first draft for a longer research scenario.

The work embraces the power of daydream and the potential of a non-rational spillover of collective thought—both being incubation seeds either for future revolutions or temporary palliatives thereof. At a slower pace, synchronicity of life and chaos becomes a hope for bewitched years to come.

Composed of text notes, graphics design solutions, found and newly-shot footage, along with personal archives, the same titled single-channel video is a system of gestures that engenders an anti-narrative storytelling in which a number of fragments belonging to different actual scenarios and hypothetical environments intertwine. 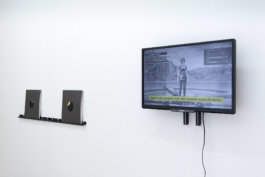 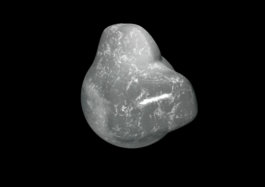 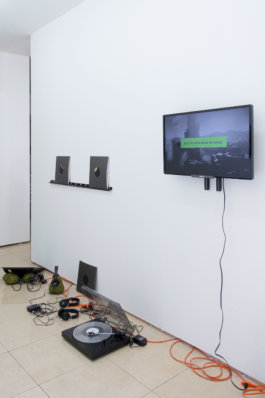 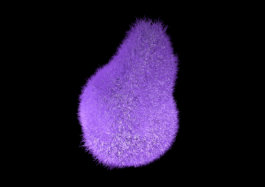 *Outsourced Understandings (2014–ongoing), a spectre sibling to FSTN, is a growing compilation of sequenced stills from altered documentation images of shows and work by artists, with isolated excerpts of press release materials, collected online during working hours as liberated moments of leisure. The collection functions as an exercise for deeper understanding about the linguistic and psycho-emotional dynamics involving the art worker’s persona into the bubbling semiotics of contemporary art system. OU can, or cannot, sometimes appear along with FSTN. 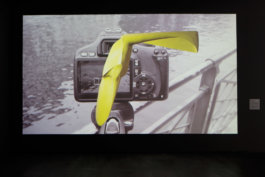 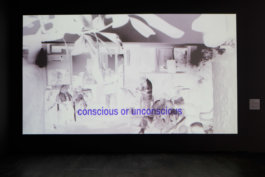 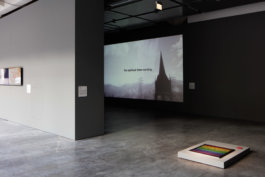 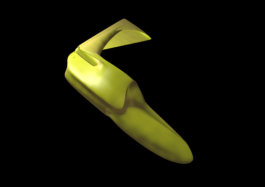